Not every purchase needs to be “it's now or never” as the story below demonstrates, there are no hard and fast salespeople at www.ClassicCarBuyerUK.co.uk
It took several months for the seller to decide if he really wanted to sell his beloved car after first ringing me in the summer month, he’d owned the Aston Martin for nearly 40 years and was finding it a bit hard deciding, however, I did receive the call late in December and I trundled over to France on January 2, 2020, yes indeed France, courtesy of  http://www.brittany-ferries.co.uk/

If the car is right then, pretty much I will go anywhere.

It was an 11-hour boat trip, squashed in what I had hoped to be a nice cabin, well it was smaller than the boot of my Land Rover Discovery, hot and air free! Obviously you can’t open a window in the lower decks. 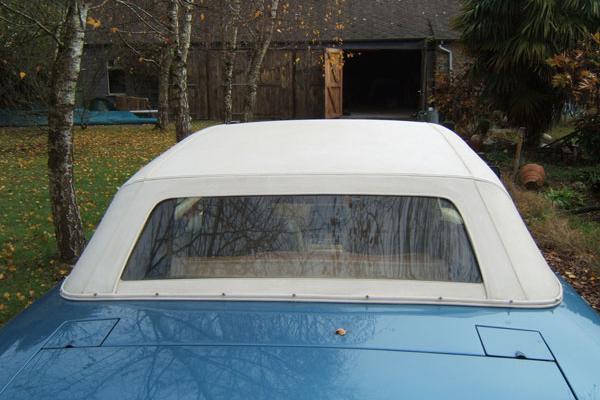 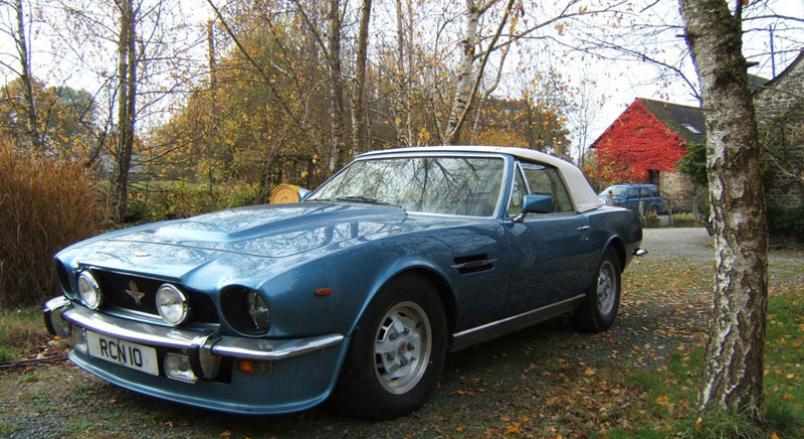 After having basically no sleep we docked and I drove what turned out to be a very scenic two-hour drive, eventually arriving at a lovely village where the car had resided with its now-retired owner for over 15 years.

Used vary rarely it looked to need a fair bit of recommissioning, however, undeterred and after several croissants and cups of coffee a deal was agreed, the funds where transferred and I loaded the car to go.

Then out of the blue I was offered board for the night from a local expat, very convenient as there were no ferries leaving that day. 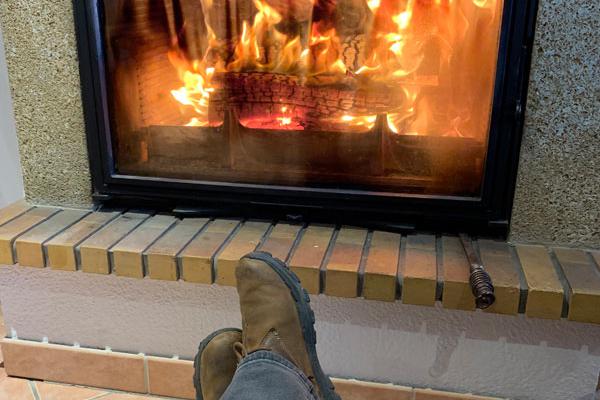 When I arrived at his lovely cottages I was pleasantly surprised to be offered dinner, how good can this trip get?

Not only that, but I was also taken to the local store for some very competitively priced wine to take home.

After a lovely evening meal I settled down in the cottage allocated to me, with what I thought would be plenty of logs, however, the fire was eating fuel faster than the Titanic and it ran out before the clock struck 11, so off to bed it was.

Talk about cold, it was 3 degrees, the old stone building shivered as much as I did.
So at 03:30 (after leaving a present on the side for my lovely hosts), I left for the ferry with the heated seats on; It was heaven, that’s until I put on the headlamps and couldn’t see more than 10 feet due to thick fog!

Being rural France there were no street lights and the roads were narrow to say the least, so one eye on the sat-nav the other on the road, I think at one point I was relying just on the Sat Nav to tell me if any bends were coming up, visibility was down to 4 feet, if anything could make you feel vulnerable this would probably do the job, then the negatives kick in, ahh, I’ve not locked the car, (this is at the height of the immigration crisis) then ahh! I’d forgotten about the yellow vest/gilet demonstrations…. 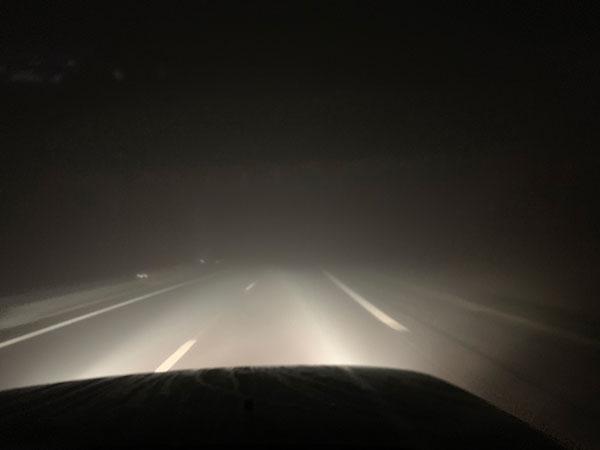 As it happened it was so early in the morning none were up and I arrived at the port safe and sound and greeted by 30 or so police officers (flics) which was very reassuring, however, someone was a bit spooked as in his haste to get away from, (I don’t know what) reversed straight into a concrete security slab that was bigger than his car!
I didn’t laugh, well ok, maybe a little…

The positive to the terrible driving conditions was I wasn’t really that early, and very organised loading commenced only after about 30 minutes of my arrival.
The ferry trip back was much better, I’d booked a commodore cabin (they were sold out on the way there) and Wow! what a difference, twin room, shower, balcony and a complimentary tray of fruit and choc’s, however after 48 hours without any real sleep I hit the sack and woke up at 14:00, just a little late for a hot lunch, although plenty of snacks available, and I was fully refreshed,

I thought the rest would be plain sailing, as they say, sailors that it is!

However, there are only two lanes you can leave the port by, and yes, like being in the supermarket I was in the wrong queue, there seemed to be an issue with the documents of a carload several in front of me, supervisor after supervisor kept looking at the passports, I waited for a while then switched lane.

To help speed up the process I thought I’d leap out and give the passport officer my passport to save him coming out, although I hadn’t pulled up enough to his window and must have thought I was hiding something or someone, he said well I’ll have to have a good look in your car, must have thought the Aston was full of something or unlawful passengers, would have been funny if someone had snuck in when asked how they got into the UK, the answer would be: “in an Aston Martin ole boy!” 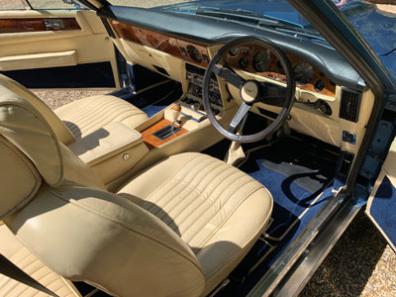 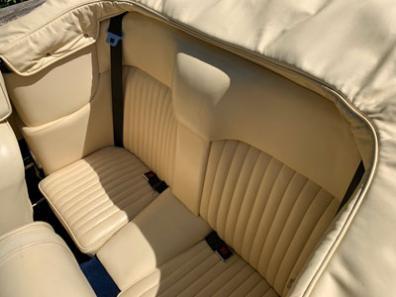 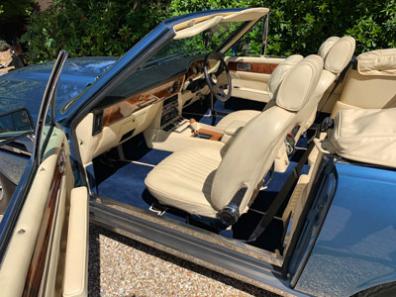 The recommissioning was as expected, a pricey affair.
A big thanks to the parts Boys & Girls @ http://www.rswilliams.co.uk a very rewarding project that looked amazing once repainted, cleaned and running as it should with correct period tyres supplied by http://www.vintagetyres.com/

You never really know if any money can be made restoring classic cars as the majority of work is an unknown, however here at www.ClassicCarBuyerUK.co.uk it’s not all about the money, it’s the journey it takes us on, so if you have a classic car to sell, in any condition please get in touch. 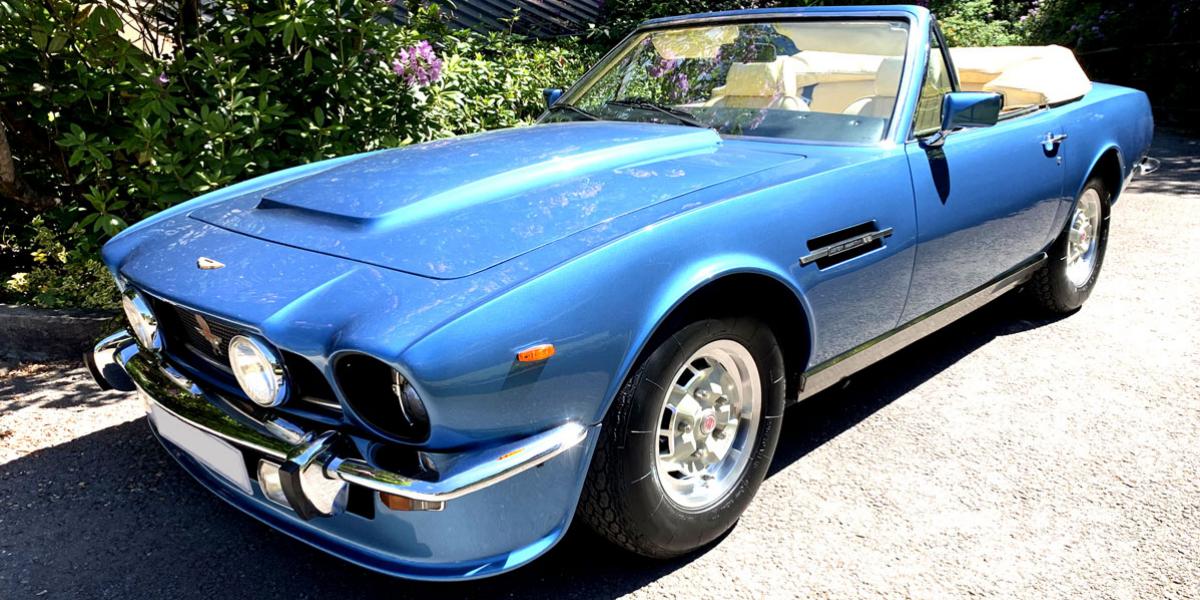